Since this article was published we’ve spoken to Eric Glader about PowerDot again, you can read the more recent Q&As here.

A few months ago PowerDot launched its smart muscle stimulator that connects via bluetooth to mobile devices. It’s a super exciting product that’s pushing the boundaries and revolutionizing the field of electric muscle stimulation.

We were fortunate enough to get the opportunity to put some questions to Eric Glader, CEO of PowerDot.

Q: Please explain in one sentence what PowerDot is?

PowerDot is the world’s first Smart Muscle Stimulator that can learn about you and adapt to your individual stim needs, all run from an app on your smart-device. 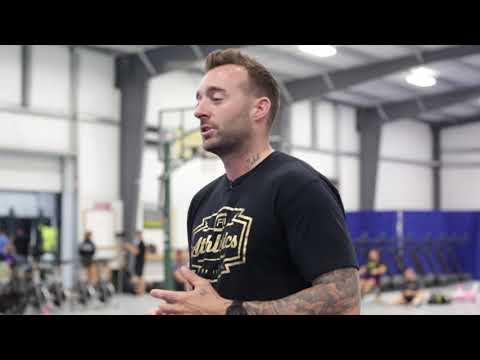 Q: What makes PowerDot different to other electric muscle stimulators?

Stim has been around in the US since the 70’s, and since the 50’s in Europe and the former Soviet Union – it’s time-tested technology.

We aren’t claiming to have reinvented the wheel in terms of the actual stim, but what we have done is take what has been a “best-kept secret” of elite athletes – that has traditionally been very expensive, complicated and cumbersome – and made it small, sleek, consumer-friendly, and put it on a platform people are comfortable using – their smart devices. Q: We’d love to know about the development and testing process and how you arrived at the final design for the system?

Our objective when designing this was very consumer focused. When I say this, I mean we looked at the modality, its benefits and why has it been confined to traditionally the medical space.

During this exploration, we found that most users were afraid of NMES because of a lack of understanding in how to use it.

Additionally, when looking at other devices we saw deficiencies in set up, cost, portability, user interface. This mostly came from the fact that the companies designing these products were focused so deeply on the medical side that they never really grasped the concept of consumer electronics.

From there we went and built a team that consisted of folks with rich experience in Medical Device and Consumer Electronics, and developed a product that was clinical grade with the thoughtfulness of a consumer centric brand.

Our team comes from medical companies such as DJO, Hangar, Thermo-Fisher and consumer companies such as Nixon, Burton, SkullCandy, Diesel, Hurley with some of our design team coming from Beats, Apple, and Logitech.

… We found that most users were afraid of NMES because of a lack of understanding in how to use it.

With this vast experience continuing to focus on solving 2 major problems: Education and Usability. Our GEN1 devices solves this problems partially, but, you will see an evolution of this in our GEN2 app release (Which will also work with the GEN1 device).

Q: Tell us about the app and how this was developed?

Alexy Pisarev, who is our CTO and inventor of PowerDot, is an electrical engineer and one of the best firmware developers globally.

He has built backend systems for major banks, fortune 500 companies and more.

His father was the man in charge of the entire stim program for the former Soviet Union’s Olympic Team, where stim has been an integral part of their athlete training program since the 50’s.

Basically, they put their heads together and decided there had to be a more convenient way to deliver stim to make it accessible to the masses. This process led to what you now know as PowerDot.

Q: Apart from the obvious advantage of not having a separate controller unit what other benefits are there to this system being app based through a smartphone?

The smart device app has several benefits. First, being app-based allows us a simple but effective way to educate the consumer regarding how to most effectively use stim on a platform we carry with us every day.

The app contains everything the user needs to know, including photos of electrode placement, when and how often to use each program, and the best programs for a particular muscle fiber type. Secondly, because we can push improvements and upgrades out through the app, it means the hardware never becomes obsolete.

We try to drive as much value to the end user as possible in order to bring the benefits of stim to as many users as possible.

The app contains everything the user needs to know, including photos of electrode placement…

In the coming months we are going to be pushing out several app upgrades that will be free to all our GEN1 PowerDot owners that will have some functionality never before seen in the NMES market.

We can’t tell you yet, but, we will be unveiling before the end of the year. Q: One thing that really caught our eye with the programs is the ‘Manual Settings’ and customization options. Can you tell us more about how this works?

The beauty of PowerDot is that while it’s very consumer facing and user-friendly, it is also clinical-grade stim.

The Manual Settings option allows a more advanced user to go in and alter the pre-set programs.

The ramp up and ramp down phases can be lengthened or shortened, depending on what the user finds more comfortable. Even the frequencies can be altered in the Manual Settings, making stim more customizable for each individual user.

In addition, both the pods and the positive ends of the electrodes can be separated and controlled individually. This is key when trying to identify and correct muscle imbalances or when stimulating one muscle group with multiple parts, such as the quadriceps.

Being able to control each electrode individually means that each muscle group gets the exact dose of stim it needs.

… Being able to control each electrode individually means that each muscle group gets the exact dose of stim it needs.

Q: Which territories is PowerDot currently available in?

Currently, PowerDot is available in the US, Canada, Europe, Russia, Asia, the Middle East, Australia, and South Africa, with plans to expand into South America. Q: What’s next for PowerDot, are you working on new products or continuing to develop the existing system?

We have our GEN2 device launching in Q3 with a significant upgrade to the PowerDot App and Interface and have a medical platform that is being developed with one of the top sports clinics in the world that should be unveiled late Q418 / Q119.

… Because we can push improvements and upgrades out through the app, it means the hardware never becomes obsolete.

Additionally, we have some very exciting partnerships we will be announcing in the second half of this year that will broaden the NMES market dramatically.

Stay tuned we have been extremely busy and will unveil some market changing tech in the coming months.

We’d like to thank Eric for taking part in this Q&A session and we’ll be watching closely – for these exciting developments – over the coming months. You can learn more about PowerDot at: www.powerdot.com

This is the latest in a series of question and answer sessions with individuals and companies who are working in the field of health and fitness that will appear on The Good Body. 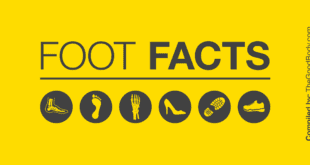 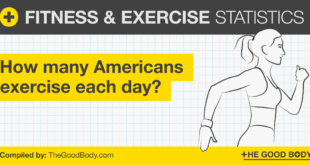 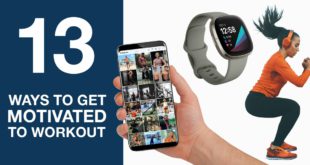 13 Ways to Get Motivated to Workout (Today!)