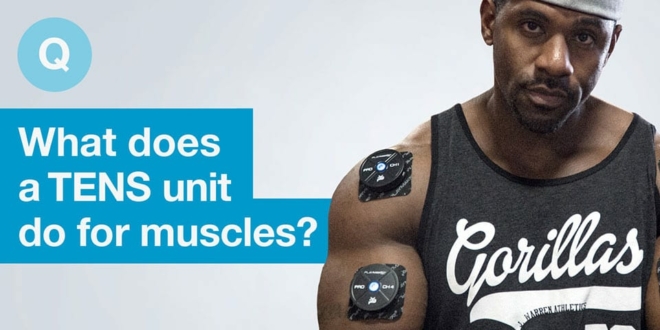 What Does A TENS Unit Do For Muscles? (And What Doesn’t It Do?)

Contents
There are many questions surrounding the use of transcutaneous electrical nerve stimulation (TENS) units on muscles.

In short, TENS units aren’t considered to be the best and most effective tool for muscles but they can have their uses. In this article we delve into what a TENS unit does (and doesn’t do) for muscles.

Be aware, if you’re reading this there’s a chance that you’re thinking of an electric muscle stimulator (EMS) machine, a very similar looking device.

Confused About The Difference Between TENS And EMS?

Many people confuse TENS with electrical muscle stimulation (EMS). While TENS and EMS units can look almost identical, the two have completely different purposes so it’s imperative that you choose the correct type of device.

In some cases if the electrode pads are placed correctly on a muscle and used on a high setting, a TENS device may cause the muscles to twitch and contract, however this is not the intention of TENS therapy and not what the devices have been designed to do.

Like TechCare’s Plus 24, they tend to have names derived from massage techniques such as kneading, Swedish, and scraping, to name but a few. 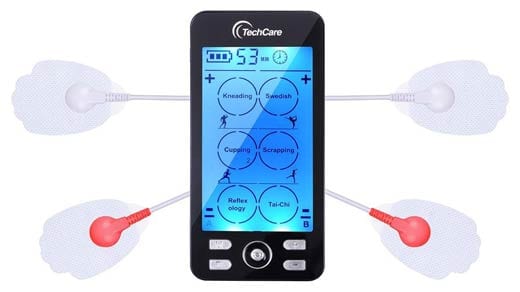 In spite of that (and perhaps surprisingly) there is a body of evidence that supports the use of TENS for certain muscular conditions and situations. We’ll come onto that a little later in the article. 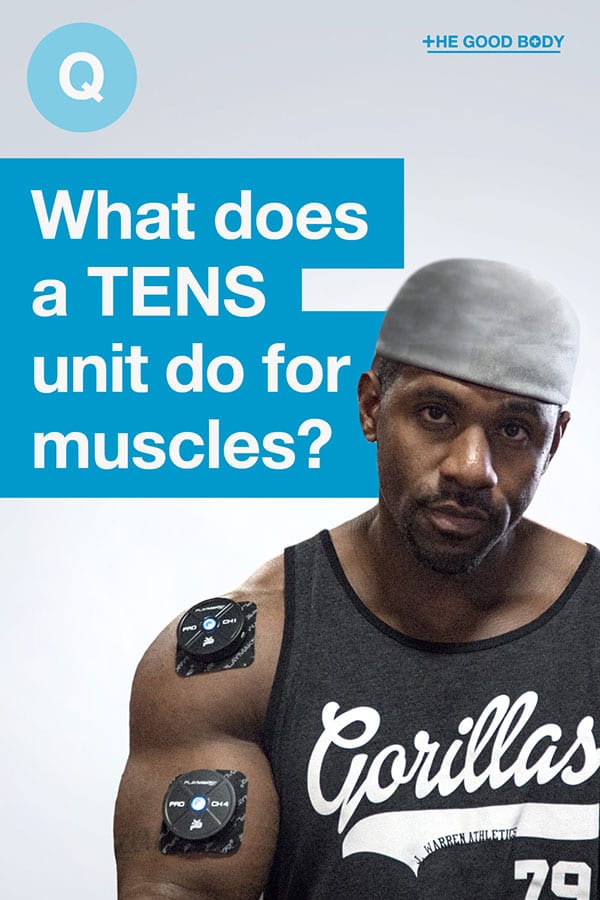 Don’t forget to pin this article about what a TENS unit does for muscles for later!

Typically, electric muscle stimulators (PowerDot being a great example) come with programs that stimulate the muscles for both exercise preparation and recovery, along with programs for strength, resistance, and endurance.

Such programs on EMS units target either or both slow-twitch and fast-twitch muscle fibers, depending on their purpose. Then there are combination units on the market, such as iReliev’s PlayMakar that offer both TENS and EMS capabilities: 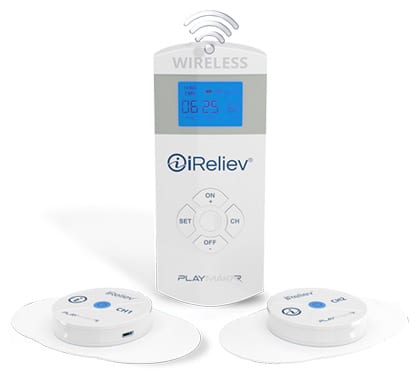 A study carried out in 1997 investigated the effectiveness of electrotherapy on myofascial trigger points (knots) in patients’ shoulders (upper trapezius).

EMS was found to improve the range of motion, which was measured by recording a neck side bend before and after the treatment.

But does a TENS unit relax muscles?

The mild electrical impulses from TENS can reduce the pain signals going to the brain, which may relieve pain and relax muscles.

In fact, a more recent (but very small) study with fifteen healthy young males found TENS combined with stretching to be effective in reducing pain and decreasing muscle hardness, leading to an increase in range of motion.

Perhaps surprisingly to some, the aforementioned study into the effectiveness of electrotherapy for muscle knots found electrical nerve stimulation to be more effective than electrical muscle stimulation for the immediate relief of myofascial trigger point pain.

Don’t confuse this with breaking up the knotted muscle tissue though:

From my own personal experience (if it’s not practical or possible to see a physical therapist or masseuse) I have found a powerful handheld electric massager to be more effective than either TENS or EMS for getting into muscle knots.

According to the NHS, TENS may be able to help reduce muscle spasms caused by conditions such as: arthritis, period pain, knee pain, back pain, and sports injuries.

That being said, solid evidence for treating general muscle spasms seems to be hard to come by, although studies have looked into TENS for specific conditions.

A big review carried out by the Center for Psychiatric Rehabilitation looked into spasticity after spinal cord injury (SCI).

The review referenced a study that used stimulation to a nerve in the leg which led to a decrease in muscle spasms, however it did go on to say further study is required to establish whether this would work in the same ways for people with different levels and completeness of injury.

Another noteworthy study used TENS to treat patients with muscle spasm after the lesion of upper motor neurone.

In 2007 researchers at Lagos State University College of Medicine conducted a study into the relief of Delayed-Onset Muscle Soreness (DOMS).

They examined how simple stretch exercises and trans-cutaneous electrical nerve stimulation (TENS) compared in the treatment of DOMS.

A small but intriguing 2011 study looked into the effectiveness of three different between-inning recovery methods on baseball pitching performance.

The authors wanted to determine which of three forms of recovery were the most effective. They compared passive recovery, active recovery, and electromuscular stimulation (EMS).

The most notable finding was that EMS produced the highest reduction in blood lactate (lactic acid) levels. The other recovery methods had no significant effect on blood lactate.

(Reducing the amount of blood lactate post-workout is beneficial for the recovery of muscles).

Interestingly though other studies have found light exercise (such as swimming or jogging at a slow pace) to be more effective in blood lactate clearance.

An example of this being a comparison that pitted submaximal swimming against muscle stimulation after sprint swimming.

This therefore begs the question:

Why not just do light exercise for recovery and to clear blood lactate?

It’s not always practical. You may be physically and / or psychologically exhausted. It might be late at night. You may not have access to a pool.

Electric muscle stimulation can make your body produce the muscle contractions required to clear blood lactate and can be used at your own discretion, when and where you like.

There is research that supports the use of electrotherapy for muscles (both TENS and EMS modalities). However it’s not as conclusive as we’d like. More comprehensive studies and trials would be welcome in this field.

It might just be a case of seeing for yourself, depending on your objectives. If it is something you are considering there are many inexpensive machines for TENS and for EMS.

Alternatively, for dealing with tight or knotted muscles at home it might be worth looking at an electric massager or a foam roller.

You can always stick with the more traditional methods such as stretching, light exercise, and massage!

Want to find out more?

There are plenty of posts on the site about TENS and EMS. Click on the links below to see them:

What Is The Best TENS Unit: Reviews And Ratings (For 2021) 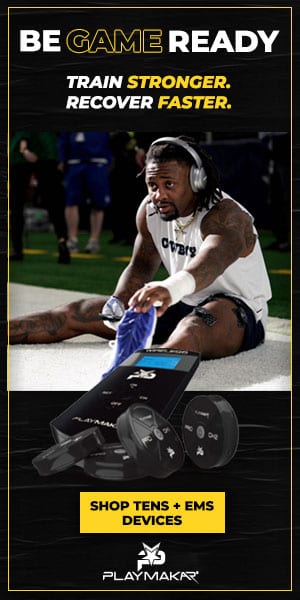