9 Reasons You Should Consider Seeing A Chiropractor

If you’re suffering from back pain or any other form of chronic pain you may have considered going to see a chiropractor.

Chiropractic care is a popular treatment in the US with Doctors of Chiropractic treating over 27 million Americans annually. But seeing a chiropractor isn’t just for back pain, there are many other ways it can help.

Here we’ve compiled the 9 reasons you should consider seeing a chiropractor, but there are certainly many more!

The essence of chiropractic care is that treatment focusses on the root cause of the problem, not just the symptoms. 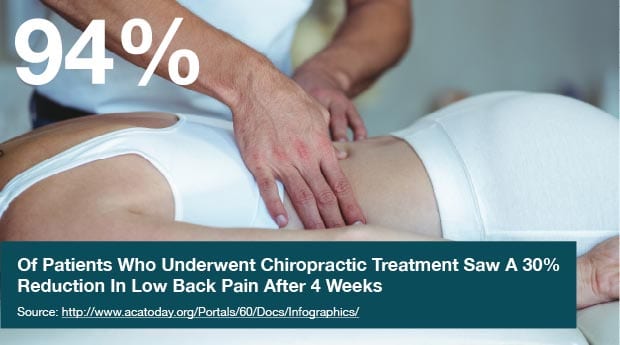 Vertigo for example is a condition that is found to be much more effectively treated with chiropractic care, as rather than simply dealing with the symptoms of the condition, the Chiropractor will move you in to specific positions to reestablish the balance within the ear.

Chiropractic treatment for vertigo is believed to be very effective, with a recent piece of research finding that after 3-4 treatments, 80% of patients were symptom free!

A National Sleep Foundation poll found that 60% of American adults experience sleep problems at some time. In fact, according to the APTA Move Forward survey, 37% of adults said that LBP affects their sleep, with over half stating that they suffer from poor sleep quality.

Chiropractic treatment and the manipulation therapies used are believed to help to improve blood flow in patients, which is essential for great sleep.

Chiropractors also focus on correcting misalignments or subluxations in the spine. These subluxations lead to a process called stress response which puts the body out of balance and does not let the body rest.

A well trained chiropractor will adjust these subluxations with safe and careful techniques to get your body to function normally.

In a first session with a patient with chronic pain, a chiropractor will aim to get to the root of the problem, working out where inflammation and muscle tension may be occurring and building an effective treatment plan.

It is this approach that causes so many to turn to a chiropractor for help with chronic pain. For those with long term conditions, a study has shown that chiropractic care is more effective in treating pain intensity than pain clinics, which only focus on the symptoms of the pain.

A chiropractor may also employ other complimentary procedures such as ultrasound, electrical muscle stimulation (EMS), TENS therapy and other techniques to complement their spinal adjustment treatment.

There is evidence to support the theory that chiropractic treatment can boost the immune system, as the nervous system and immune system are so interlinked, it’s believed if you tweak one then you tweak the other!

It’s not a new concept either, as it’s believed that chiropractic treatment was used during the Influenza Epidemic in 1912.

In fact, a series of studies published by the Journal of Manipulative and Physiological Therapeutics showed that several types of immune system cells, showed increased biological activity after chiropractic adjustment.

Many people choose to see a chiropractor as an alternative to taking pain relief medication, and the inevitable side effects than can occur.

Instead of treating the symptoms like pain relief medication does, a chiropractor aims to get to the root of the problem, to help you better manage your condition, putting together a treatment plan to help you get back on track.

A study by Annals of Internal Medicine in to the best option for treating neck pain, found that after following 272 neck pain patients for 12 weeks, those who used a chiropractor or exercise were more than twice as likely to be pain free compared to those who took medication.

It is reported that 9 out of 10 Americans suffer from headaches, though varying in intensity, headaches and migraines can really affect your quality of life. 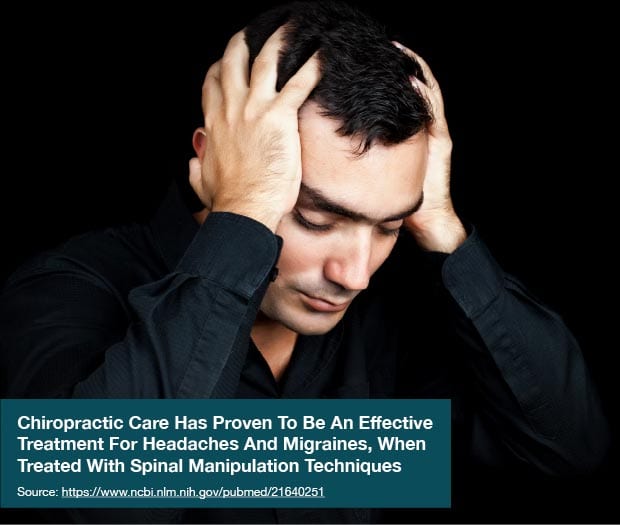 In fact, a study by JMPT in 2011, found that chiropractic care improves both migraines and headaches, when treated with spinal manipulation techniques.

Throughout pregnancy a woman’s body goes through many changes, which can led to LBP and pain in the pelvis.

At a time when pain medication options are limited, chiropractic care has been proven to not only provide care for lower back pain, but also in a 2002 study an 82% success rate was reported when chiropractic treatment was used to turn breech babies.

There are also links with improvements in fertility with those struggling to conceive opting for chiropractic care as an alternative to other treatments.

Chiropractors are widely used within professional sport – before, during and after a sports performance.

In fact, Doctors of Chiropractic are used by all 32 National Football League teams to deal with ongoing back and neck problems, as well as overall conditioning of the players.

They focus on all aspects of the body and are used across all sports within the US Olympic and Paralympic teams, to improve performance. Within baseball, studies have shown that chiropractic care helps prevent hamstring and other lower limb injuries.

When you see the impact on the different conditions above, it makes sense that chiropractic care can help you reduce your number of doctor and hospital visits, as well as reduce pharmaceutical costs in the long run.

In the US, two to five percent of all doctor visits are for pain in the back, although this is a small percentage, it equals to around $84 billion in healthcare costs.

Using a Doctor of Chiropractic as your primary care provider was found to, in a study published by the Journal of Manipulative and Physiological Therapeutics, result in a 43% decrease in hospital admission, 52% reduction in pharmaceutical costs and 43% fewer outpatient surgeries and procedures.

Share
Previous Nifty Gift Ideas This Holiday Season – 2016
Next Natural Pain Relief: Should I Use a TENS Machine For Labor? 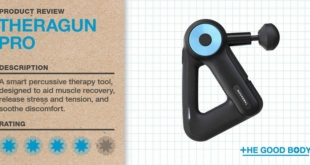 Theragun PRO Review: A PRO Product in Every Sense 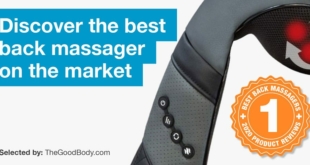 Discover The Best Back Massager for Pain Relief in 2020

Discover the Best Massage Cushion (for Pain Relief) in 2020

If you’re shopping for a massage cushion you’ll quickly realize you have so many options! Do you go for a chair pad that you can use at home or something smaller that you can pop in your bag to use wherever you need it? You want to make the right decision and invest your money wisely so take a look at our list of the best massage cushions for 2020...