Yoga is growing more and more popular, with 36 million yogis now stretching out across the US.

There are so many advantages to practicing, such as improved mental clarity, better posture and a higher level of self-esteem.

However did you know yoga has specific benefits just for women? If you’re a woman considering taking up the practice then the list below might just convince you to get started:

1: Helps During Pregnancy and Labor

Research has proven that practicing prenatal yoga can help throughout both pregnancy and labor.

A close look at all the findings in 2015 found that not only did it help with stress management and reducing pelvic pain, but it could also improve birth outcomes such as reducing delivery time.

You should however always check with a medical professional before starting to practice, as researchers noted that in rare cases yoga could cause uterine contractions. 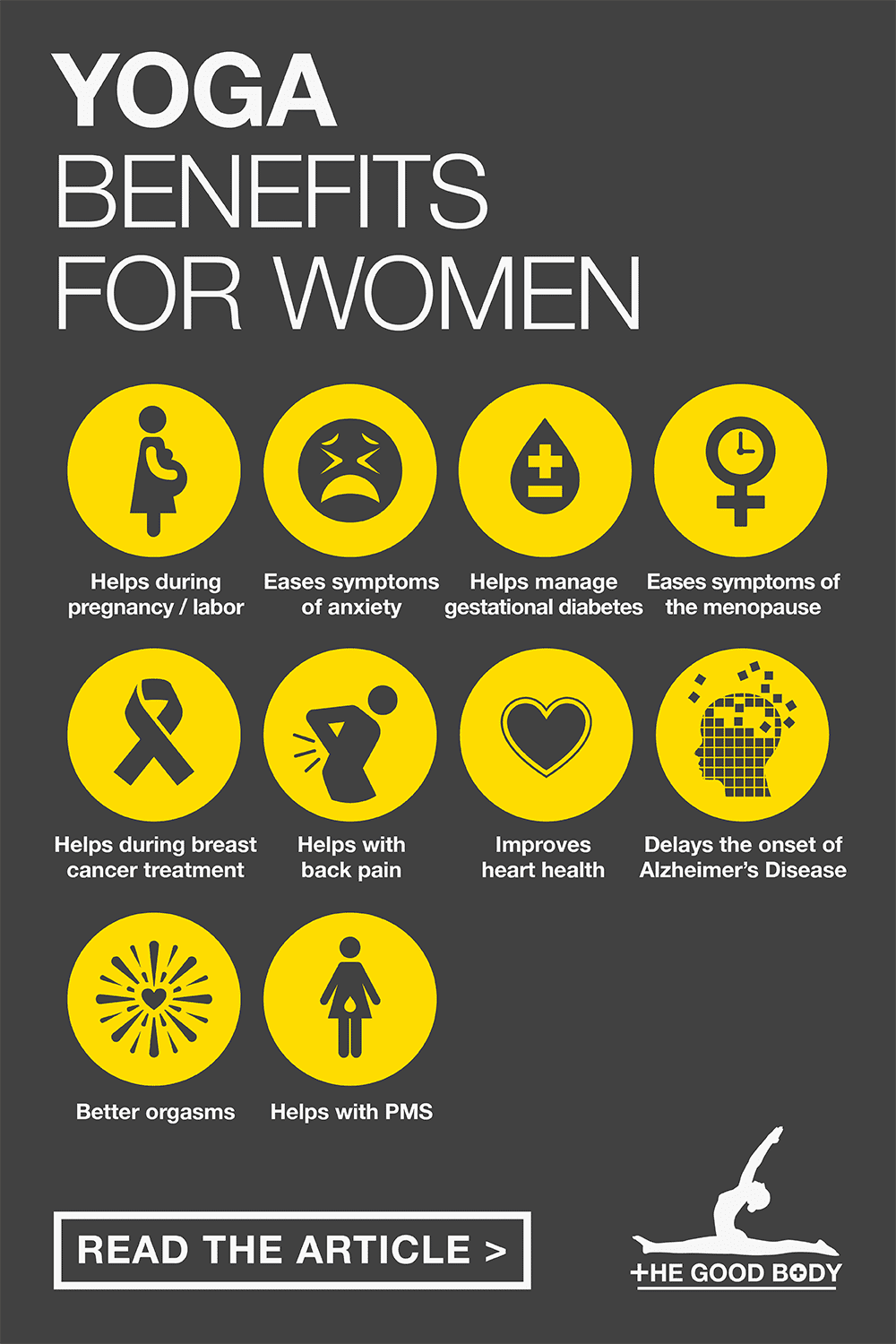 Don’t forget to pin these yoga benefits for women for later!

Yoga can mean even more fun in the bedroom! A study conducted in India focused on 40 healthy and sexually active women.

Following a 12 week yoga program, 75% of the participants said they were more satisfied with their sex life.

In fact they showed improvement in all six sexual functioning areas, including desire, lubrication, and orgasm.

Though the sample size was small, the results were overwhelmingly positive, particularly for women aged over 45.

3: Reduces the Symptoms of Premenstrual Syndrome

An article published in the International Journal of Women’s Health and Reproduction Sciences highlights how powerful yoga can be for PMS.

Researchers focused on the emotional, behavioral and physical symptoms associated with premenstrual syndrome.

Improvements were seen in all three areas, with the study concluding that yoga should be recommended as a treatment option for those struggling with PMS.

4: Improves Symptoms of the Menopause

Studies have also focused on how yoga could help menopausal women cope with hot flashes.

54 perimenopausal and postmenopausal women made up the sample group, with each experiencing at least four hot flashes a day.

A huge 66% (two-thirds) of women reported a reduction in hot flashes following just 10 weeks of classes.

Not only that, but they stated that their hot flashes were less intense than they had been previously.

Closer investigation in to all the research surrounding yoga for menopausal symptoms was conducted in Germany in 2012.

They wanted to understand whether the practice could help with the psychological symptoms of the condition.

Overall results showed improvements and researchers felt it should be recommended as a treatment option.

Breast cancer charities recommend yoga as a therapy for those living with the disease, to help improve overall quality of life.

A review of all the findings surrounding the impact of yoga on breast cancer symptoms was carried out in 2012.

Twelve studies were reviewed, with a combined sample size of 742 participants, both patients and survivors.

6: Helps Those Coping with Gestational Diabetes

The number of women suffering from gestational diabetes is increasing around the world.

A study in to the condition in 2015 looked at how gentle exercise could help both mother and child.

It concluded that low intensity exercise such as yoga can have a number of advantages for both general health and birth outcomes.

With researchers stressing that women should always speak to a medical professional before taking up yoga practice.

Heart disease is the biggest killer of women in the United States.

Significant improvements were seen in a number of different factors including systolic blood pressure and both low-density and high-density lipoprotein cholesterol levels.

Research looking in to the benefits of yoga for heart failure is in its early stages.

However indications suggest it could be a useful tool, particularly with the use of phone apps to help people access yoga programs without leaving their home.

8: Delays the Onset of Alzheimer’s Disease

Nearly two thirds of Americans living with Alzheimer’s are women.

Findings published in the Journal of Alzheimer’s Research found that yoga could delay the onset of the disease.

Combined with the healing powers of meditation, yoga was found to delay the cognitive impairment that is normally the first indicator of Alzheimer’s.

According to the latest statistics, women report suffering from back pain more than men.

Luckily there are a number of yoga positions you can try to help relieve your suffering!

A study published in 2017 looked at those suffering from moderate to severe lower back pain.

Focusing particularly on those from a low income background (that might not typically practice yoga) 320 individuals were analyzed.

After 12 weeks of practice, the new yogis reported improved physical movement and a decrease in pain.

10: Helps with the Symptoms of Anxiety

Women are nearly twice as likely to be diagnosed with an anxiety disorder.

Showing how regular practice can help to manage the symptoms of the condition.

Further research looking particularly at Yoga Nidra, demonstrated how the practice can significantly reduce symptoms of both anxiety and depression.

If you like the benefits and want to get started, why not take a look at a few important poses for beginners? 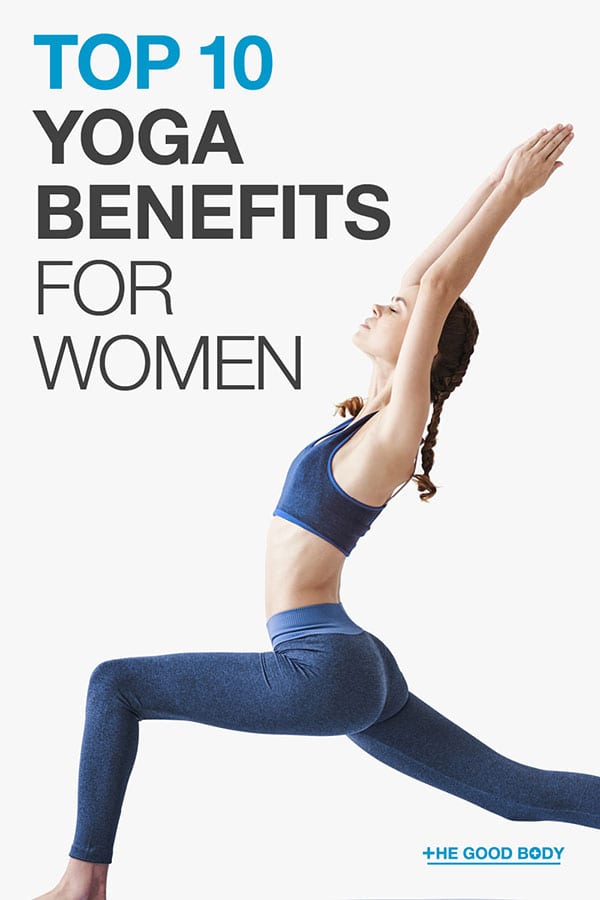 Don’t forget to pin these benefits of yoga for women for later!

48 Fitness Facts To Keep You Moving!

Discover the Best Massage Cushion (for Pain Relief) in 2022

Discover The Best Back Massager for Pain Relief in 2022