10 Health Benefits of Yoga for Men

Though a larger proportion of women enjoy yoga, the number of men taking up the practice is growing fast!

And when you look at all the reasons to become a yogi, it’s really no surprise. Improved posture, better digestion, relief from back pain, the list seems endless.

However there are a number of benefits particularly for men, take a look below:

Heart disease is the leading cause of death of men in the US, responsible for roughly one in four deaths.

Incredibly yoga has been shown to help in many ways…

Harvard Medical School believes it’s down to multiple factors, most notably the way it increases your overall level of fitness and reduces stress.

A systematic review of the research in 2012 found that 25 out of 35 studies on the topic, concluded that a regular yoga regime reduced the stress levels of respondents. 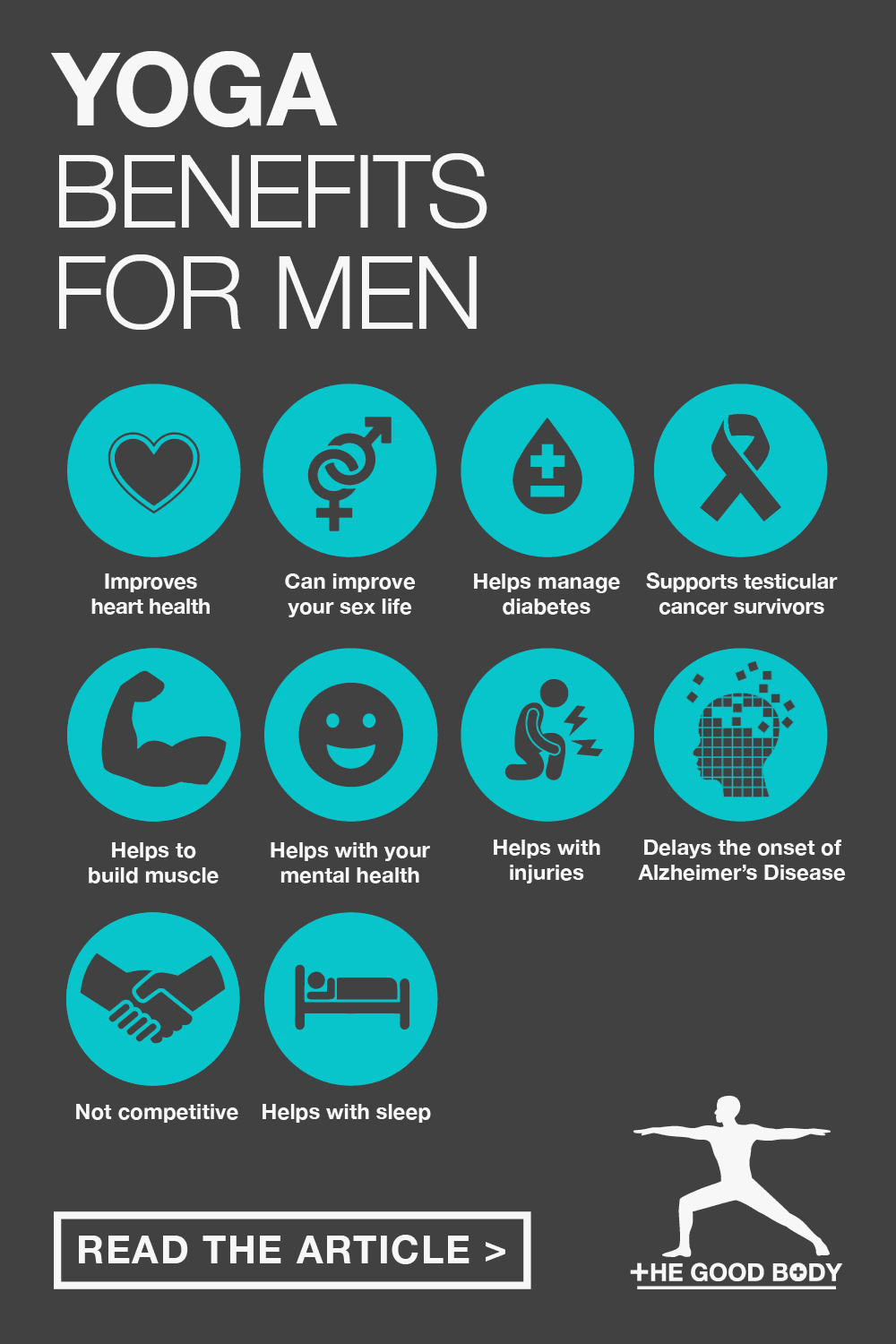 Don’t forget to pin these yoga benefits for men for later!

2: Helps Manage the Symptoms of Diabetes

There are thought to be 11 million men living with diabetes in the US, with that number expected to double by 2030.

Focussing on type 2 diabetes, a research project conducted in India looked at 30 diabetic men and 30 non-diabetic men between the ages of 36 and 55.

They recommended yoga as both a preventative and management strategy for the condition.

3: Can Improve Your Sex Life

A pilot study in 2010 on 65 males enrolled in a yoga camp, looked at many different aspects of male sexual functioning and found that yoga was beneficial for every one.

However it was thought that the way yoga improves your mood and tones your pelvic muscles were contributing factors to a happy and more satisfying time in the bedroom.

There are in fact thought to be a number of poses in particular that can help!

There has been much research done in to how to help testicular cancer survivors live with their condition and improve their quality of life.

A systematic review in 2016 looked at a variety of mind and body interventions, including yoga.

Yoga was shown to help manage and reduce symptoms of fatigue in testicular cancer survivors.

Statistics show that men are three times more likely to die by suicide than women, with poor male mental health often cited as a reason.

Research presented in 2018 focussed on 21 male veterans suffering from depression.

They followed a Hatha yoga course and significant mood improvements were seen following an eight-week program.

Increasing the number of male yoga instructors was suggested as a solution to encourage more men in to the practice, breaking down the societal assumption that yoga is a practice only for women.

Though you will see millions showing off their technique on Instagram, yoga is not competitive.

It’s often cited as a benefit for men as instead of focussing on external competition, yoga forces you to turn inwards and focus on your own personal growth.

7: You Can Build Muscle

If you think yoga is just stretching, then think again, as yoga takes serious strength.

Respondents in a 2016 research project practiced Isha Hatha Yoga for only 21 days.

Results showed significant improvements in their core strength as well as benefits for their balance.

There are a range of postures you can try to start building strength.

8: Delays the Onset of Alzheimer’s Disease

According to published data, Alzheimer’s disease is the 6th leading cause of death in the US.

A detailed study highlighted in the Journal of Alzheimer’s Research found that yoga could actually delay the onset of the disease.

The sample size was small, with just 14 respondents tested, however results were said to be significant, hopefully paving the way for larger scale research in future.

Explore any fitness forum and you’ll find people raving about how yoga has helped them recover from an injury.

On a mixed Martial Arts forum people also highlighted how positive it was for helping actively prevent injuries.

However if practiced incorrectly yoga can actually cause as many injuries as other sports.

“Our current workout culture, including CrossFit, HIIT (high intensity interval training), and even yoga, can have negative consequences for the low back. In a way it’s ironic since we exercise to be strong and stay fit. However when done incorrectly these activities can cause low back pain and major tissue damage including fractures.”

Men are nearly three times as likely to suffer from sleep apnea. Thankfully yoga has been shown to have many advantages for sleep disorders.

A 2017 research project looked at Yogic Pranayama and compared it with PAP therapy (essentially treatments that involve patients receiving a stream of compressed air while sleeping).

So you can practice yoga for sound sleep, to build muscle and improve your sex life, what are you waiting for?! 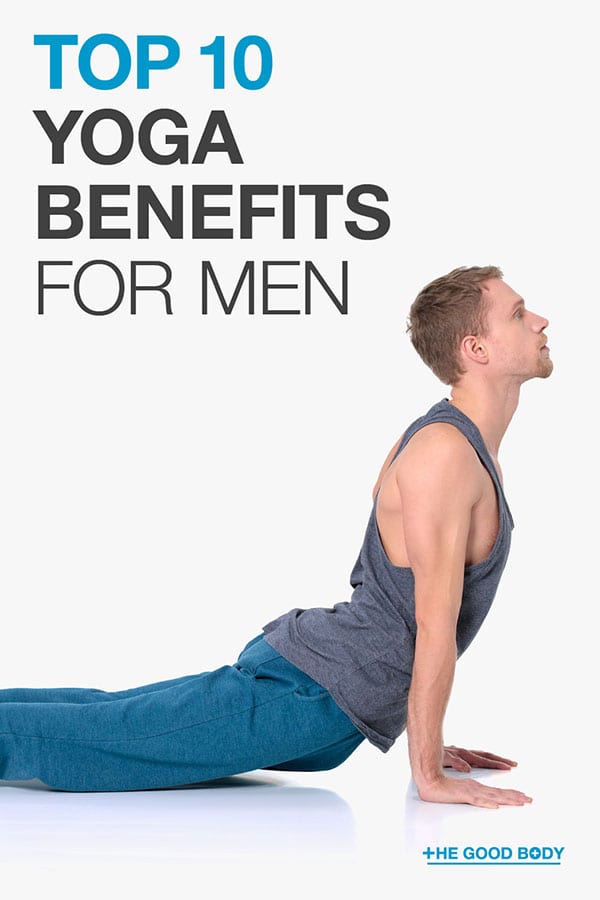 Don’t forget to pin these benefits of yoga for men for later!

75 Positive Affirmations for Anxiety to Calm Your Mind

Yoga Poses for Strength: 10 Asanas for a Stronger, More Powerful You