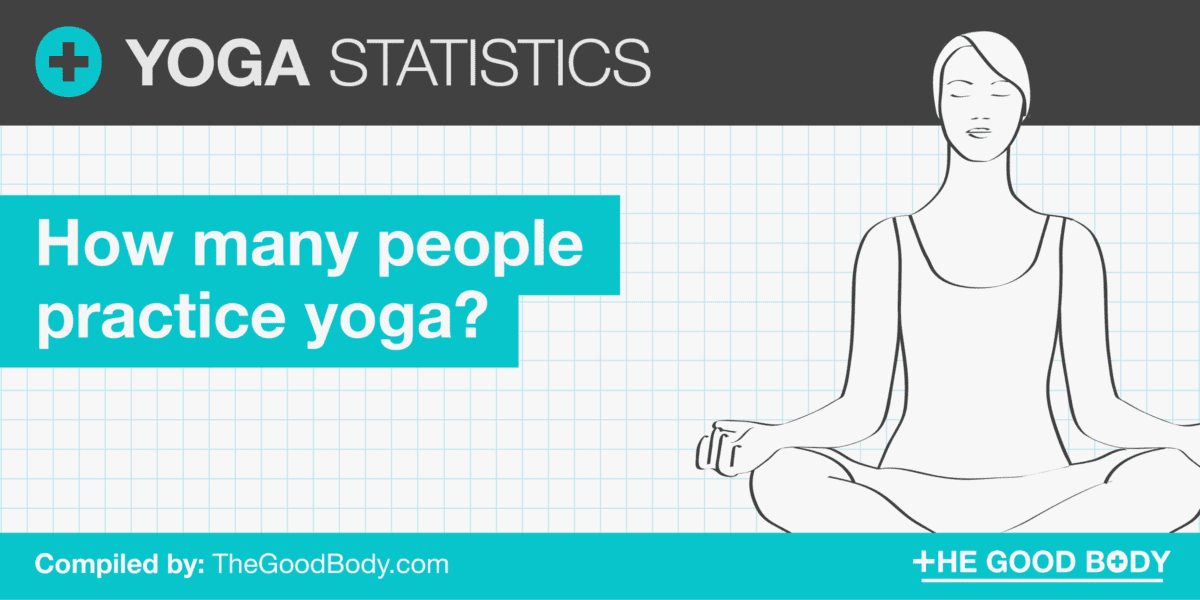 Yoga has grown massively in popularity over the past few years, with passionate yogis stretching around the world.

It’s great for both your mental and physical health, and with the value of the yoga industry growing annually, the trend shows no sign of slowing down.

Take a look at our summary of 41 amazing yoga statistics: 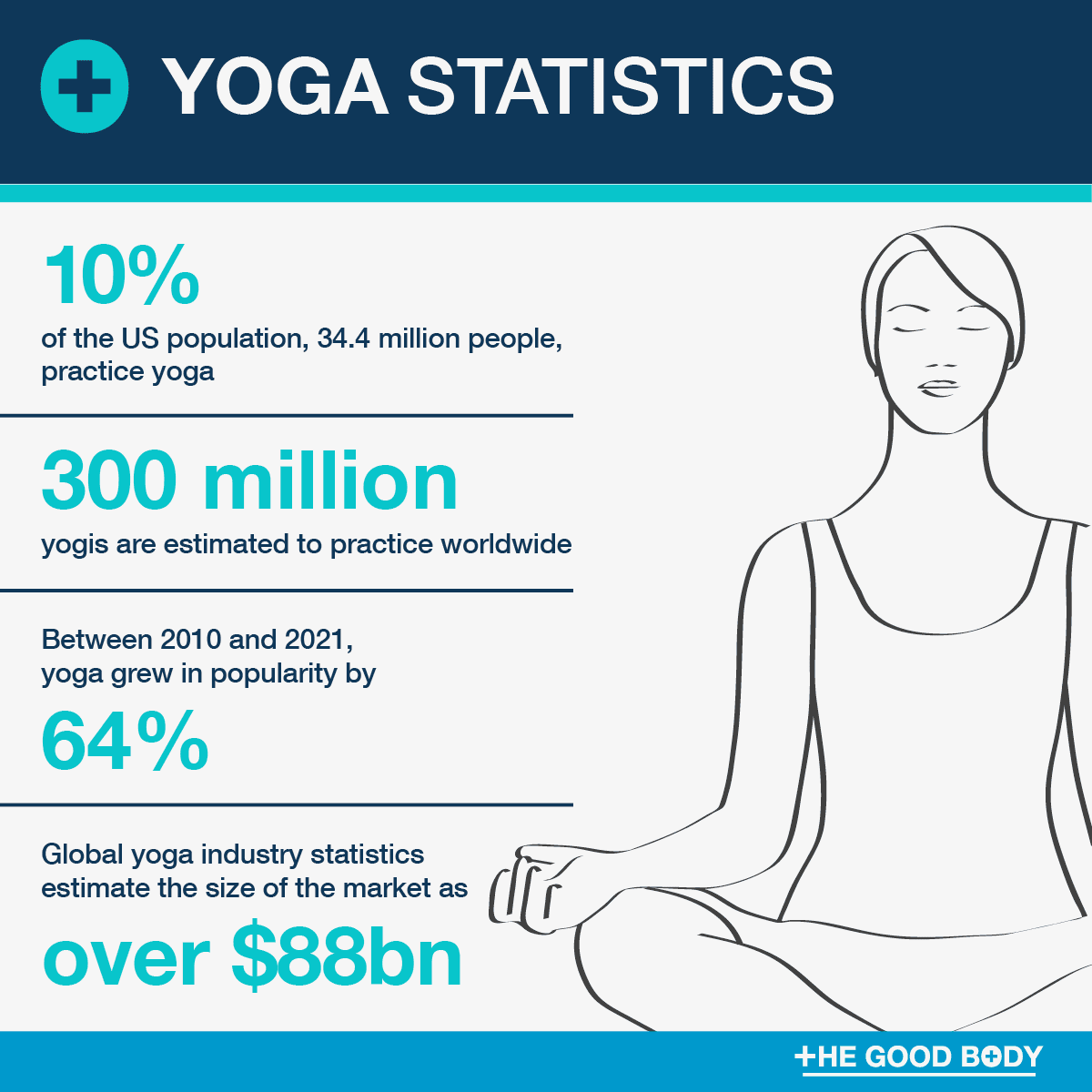 How many people practice yoga in America?

According to an estimate by Statista, that’s an incredible 10% of the current US population, making yoga more popular than golf!

Another survey, conducted by the Yoga Alliance and Yoga Journal, found that one in three Americans have tried yoga at least once. 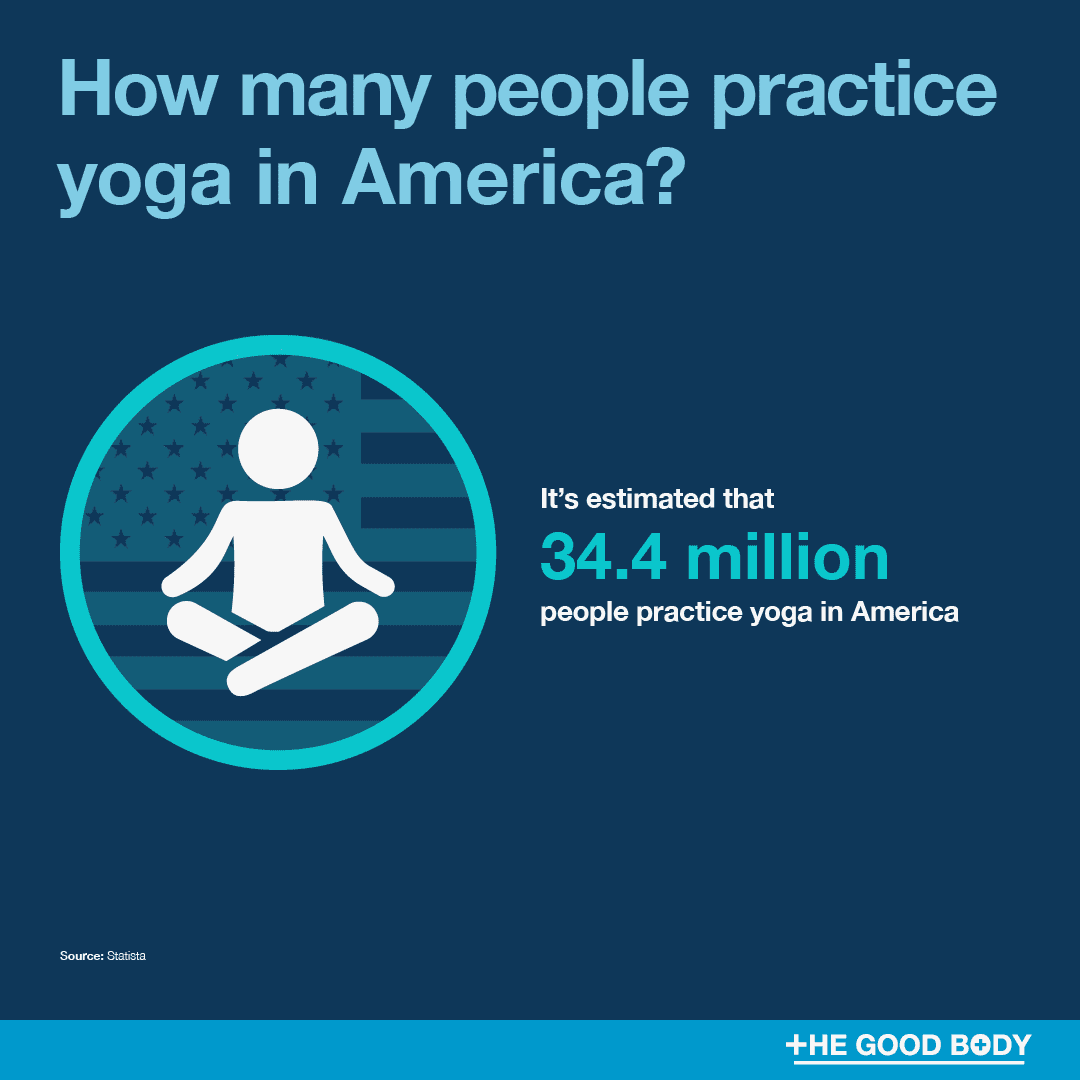 The number of Americans practicing yoga grew by 63.8% in the last 12 years.

In fact, yoga popularity stats show that 15% of Americans have practiced yoga in the last six months.

Yoga was also declared the most commonly used complementary health practice among US adults in 2017.

Statistics show that meditation has also grown in popularity and become another go-to complementary health approach for Americans.

How many yoga studios are there in the US?

There are currently 7,000 yoga studios in the US registered with the Yoga Alliance. 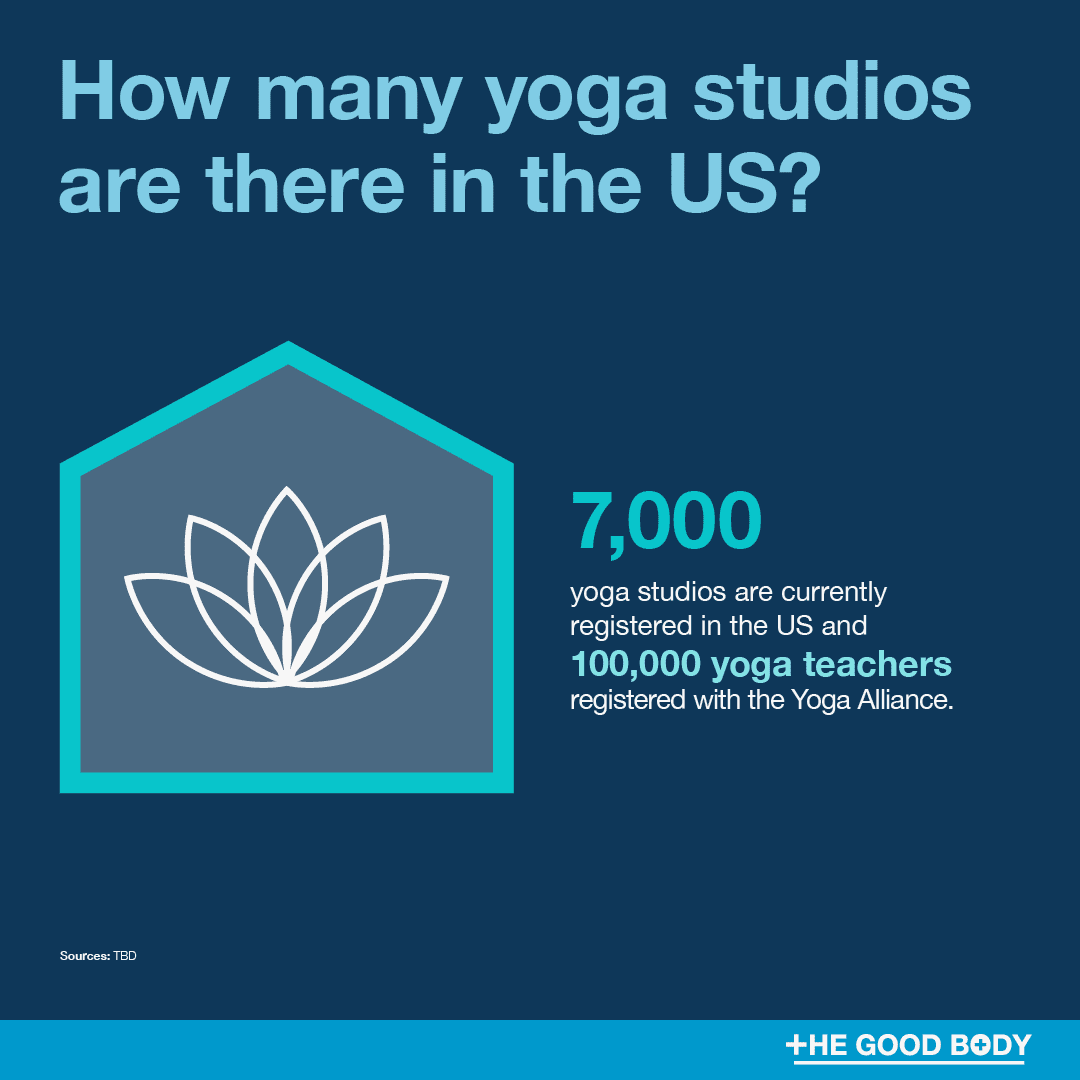 However statistics from IBISWorld report that there are in fact 40,582 yoga and pilates studio businesses in the US. It’s worth noting that this number will include studios that solely offer pilates.

How many yoga instructors are there?

There are currently more than 100,000 yoga teachers registered with the Yoga Alliance.

What type of yoga is most commonly practiced in America?

Hatha is the most practiced style of yoga.

Hot yoga, originally known as Bikram yoga, is also growing in popularity. It has lots of benefits but there are also a few risks that you can read more about here.

Who practices yoga the most?

Women aged between 30 and 49 years old are the group who practice yoga the most.

The female population can enjoy lots of health advantages from the practice, including improved heart health and support coping with symptoms of the menopause. 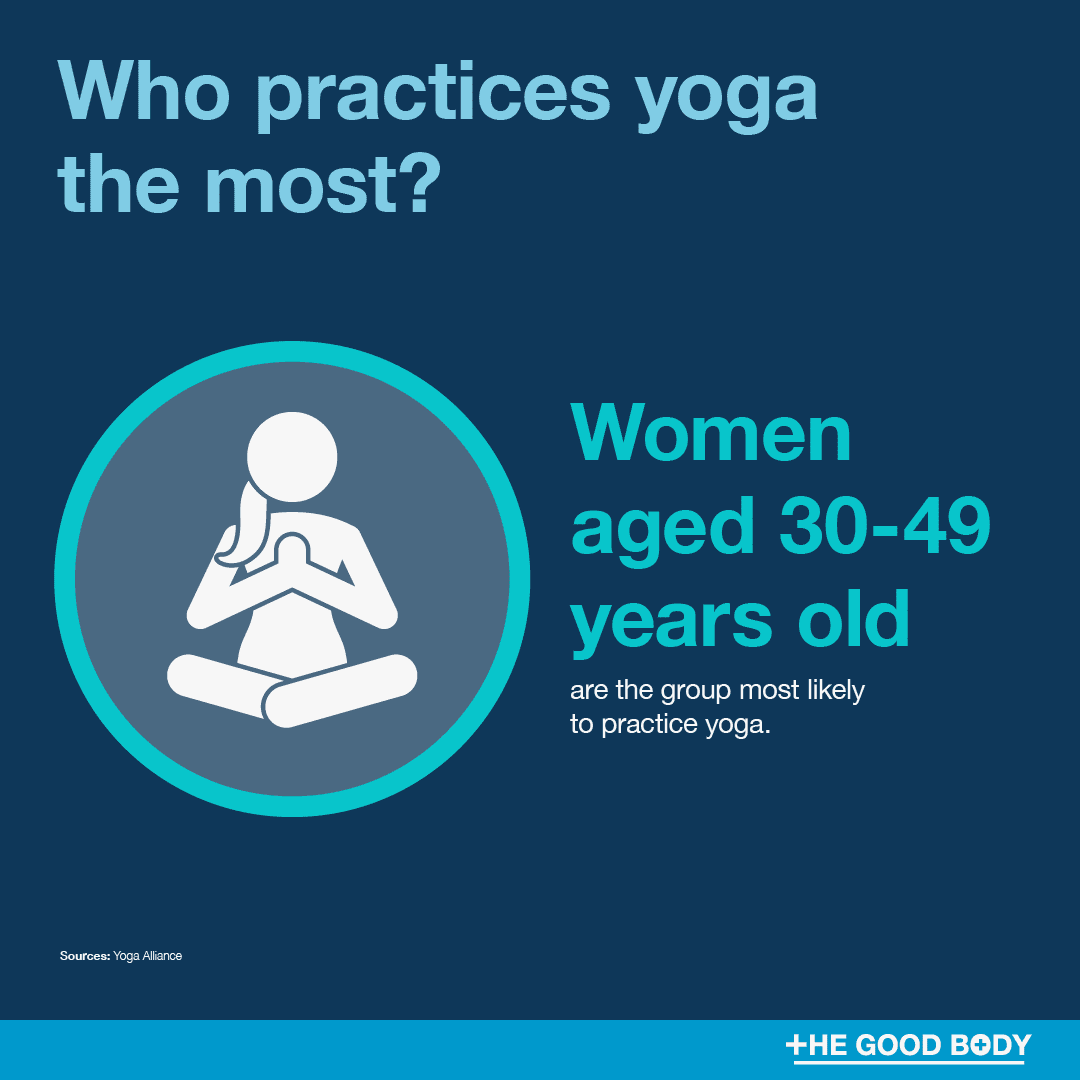 What percentage of yogis are men?

According to the 2016 Yoga in America study, 28% of yoga practitioners are male.

It was predicted that this number will grow, and it’s no surprise when we consider the amazing health advantages that the practice offers men.

What age do most people do yoga?

People aged between 30 and 49 years old practice yoga more than any other age group.

However yoga statistics show it’s growing in popularity with those over 50:

In fact, the amount of adults over 50 practicing yoga has tripled over the last four years.

1.7 million children are practicing yoga in the US.

Statistics also show that children are more likely to take part in yoga if one of their parents does, with 37% of yoga practitioners having children who also practice. 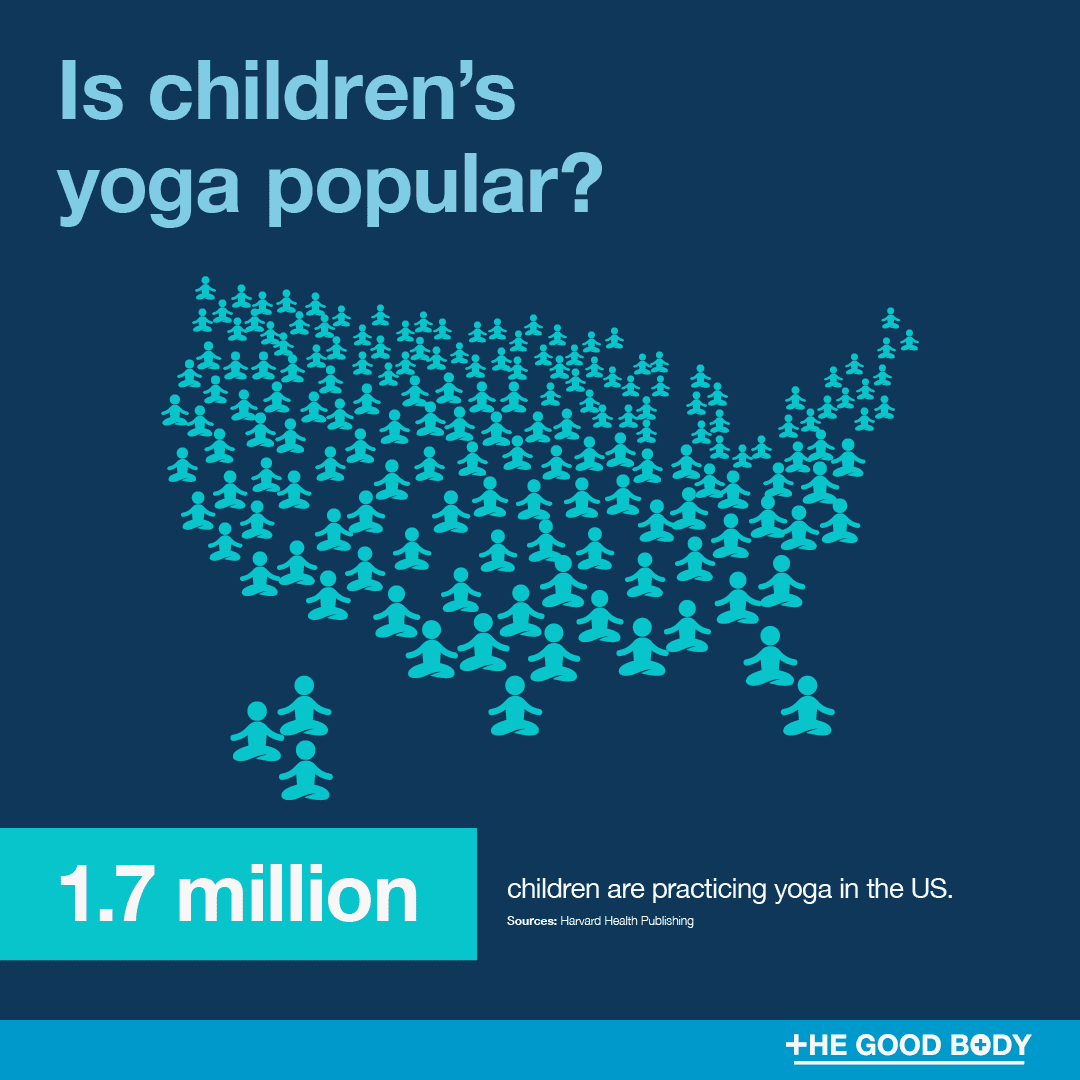 How much is the yoga industry worth?

The global yoga industry is worth over $88 billion.

In 2012, yoga was one of the fastest growing industries in the US.

Information from IBIS World showed that from 2002 to 2012 the pilates and yoga industry grew on average 12.1% per year, and was very resistant to the recession by still experiencing growth in 2008 and 2009. 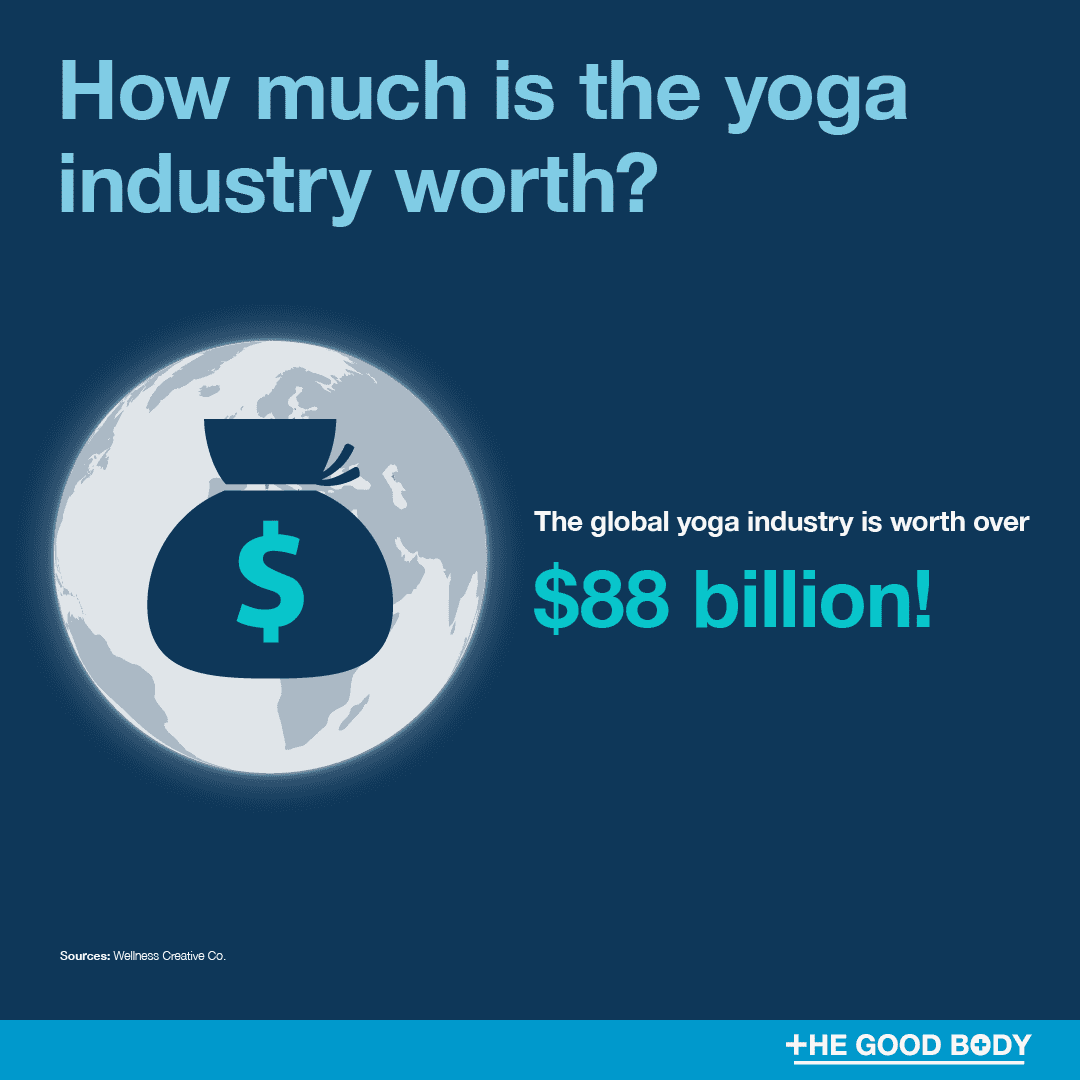 How much do Americans spend on yoga?

Americans spend $16 billion on yoga classes and equipment each year and it looks set to keep rising.

The Yoga in America Study revealed a $6 billion increase from $10 billion in 2012, for classes as well as equipment, clothing, books and magazines.

Can I lose weight by doing yoga?

Over 40% of people who do yoga feel more motivated to make healthier food choices.

Research conducted by the National Institutes of Health Clinical Center found that yoga can help you lose weight.

Not only did respondents drop pounds during the research but they reported a changed mindset. 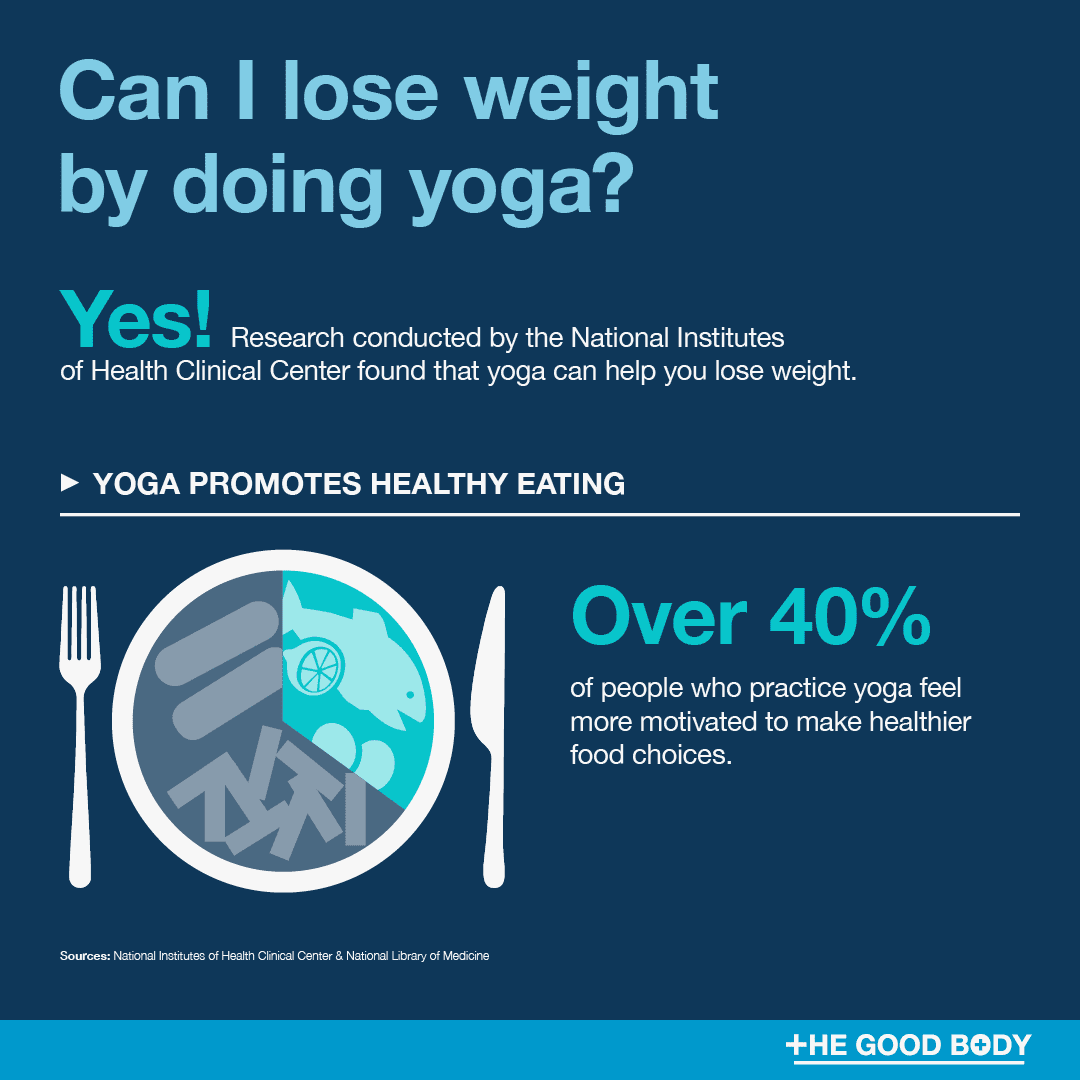 By adopting a more mindful approach to eating, they felt it would encourage them to keep the weight off.

Does yoga actually help back pain?

Research published by the U.S. Department of Veterans Affairs has shown yoga to be an effective treatment for back pain.

In fact, there are a number of yoga poses that are particularly useful.

If you’re one of the 80% of Americans struggling with back pain, it could be worth a try!

Why is yoga good in the workplace?

Yoga in the workplace can improve productivity.

Research by the CDC showed that yoga practices in the workplace can improve the wellbeing of employees and in turn increase efficiency. 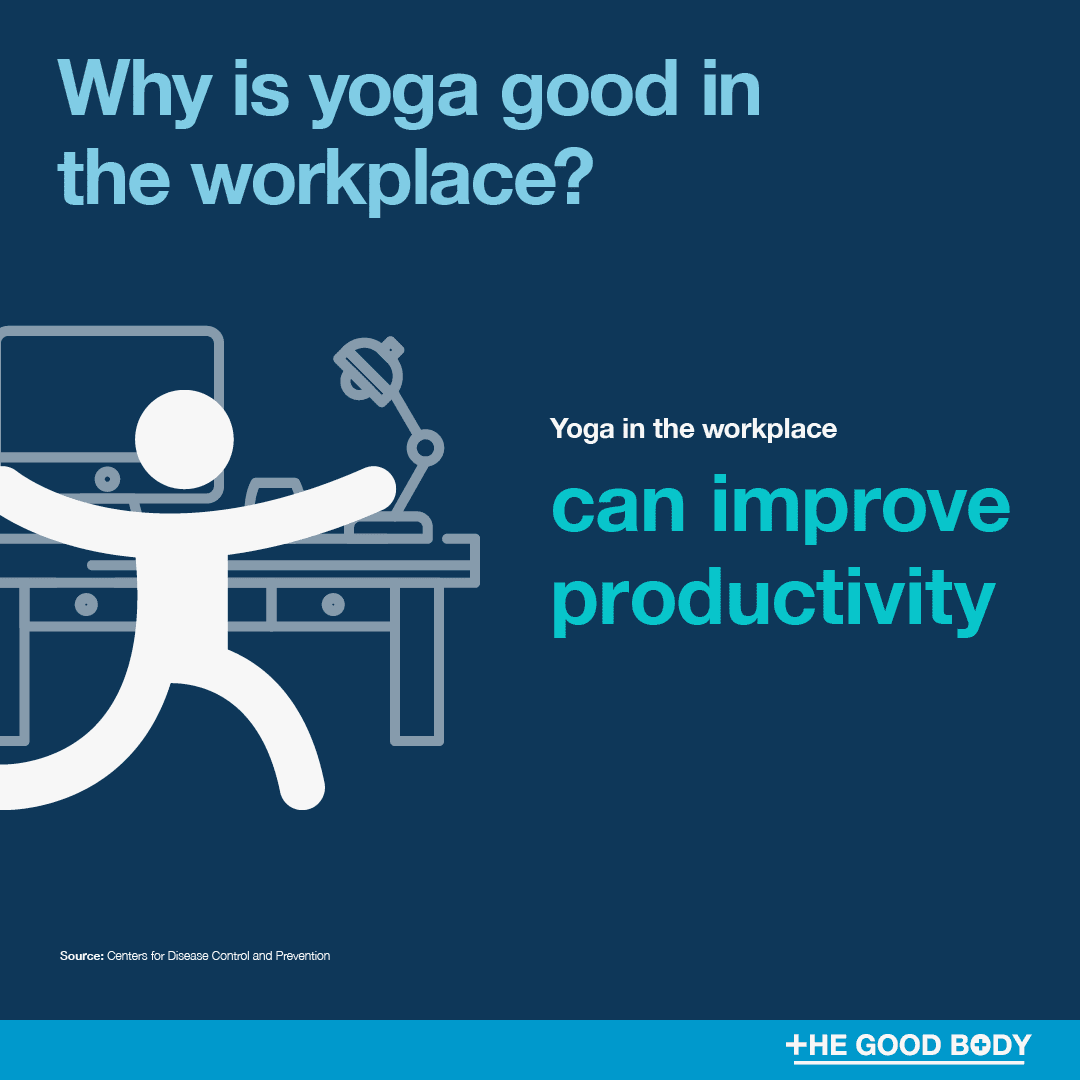 Is yoga good for anxiety and depression?

Yoga can ease the symptoms of depression and anxiety.

Findings published in the British Journal of Sports Medicine, showed the more yoga sessions a respondent attended each week, the greater the reduction in their symptoms of depression and anxiety.

There are a number of depression and anxiety-reducing asanas you can try, to help calm a busy mind.

The 2012 National Health Interview Survey revealed that 85% of yoga users feel the practice helps them to reduce their stress levels.

It’s just one of the many health advantages of becoming a yogi!

Why are more people doing yoga?

According to the 2016 Yoga in America study, improving flexibility was the most popular reason for starting yoga.

The study revealed that there weren’t just benefits for their health too, yoga practitioners are more likely to live green, eat sustainably and volunteer their time to their local community.

Why should kids practice yoga?

Yoga has many proven health advantages for children, including helping to improve their attention span, aiding their flexibility and building strength.

It is also beneficial for a number of childhood conditions including Attention Deficit Hyperactivity Disorder (ADHD).

Researchers in Spain ran a study with 249 children looking at how physical exercise impacted the symptoms of ADHD.

However children do require supervision when practicing yoga as some poses can be damaging on their bodies.

Is it good to do yoga before bed?

A National Health Statistics Report, published by the CDC, revealed that nearly 60% of yogis feel that practicing yoga improves their sleep.

With fascinating findings coming to light about the current state of people’s sleep, yoga was found to help yoga practitioners fall asleep faster.

How common are yoga injuries?

There is evidence to show that yoga causes as many injuries as other sports.

Research published in the Journal of Bodywork and Movement Therapies discovered that 10% of people experience pain following a yoga session. 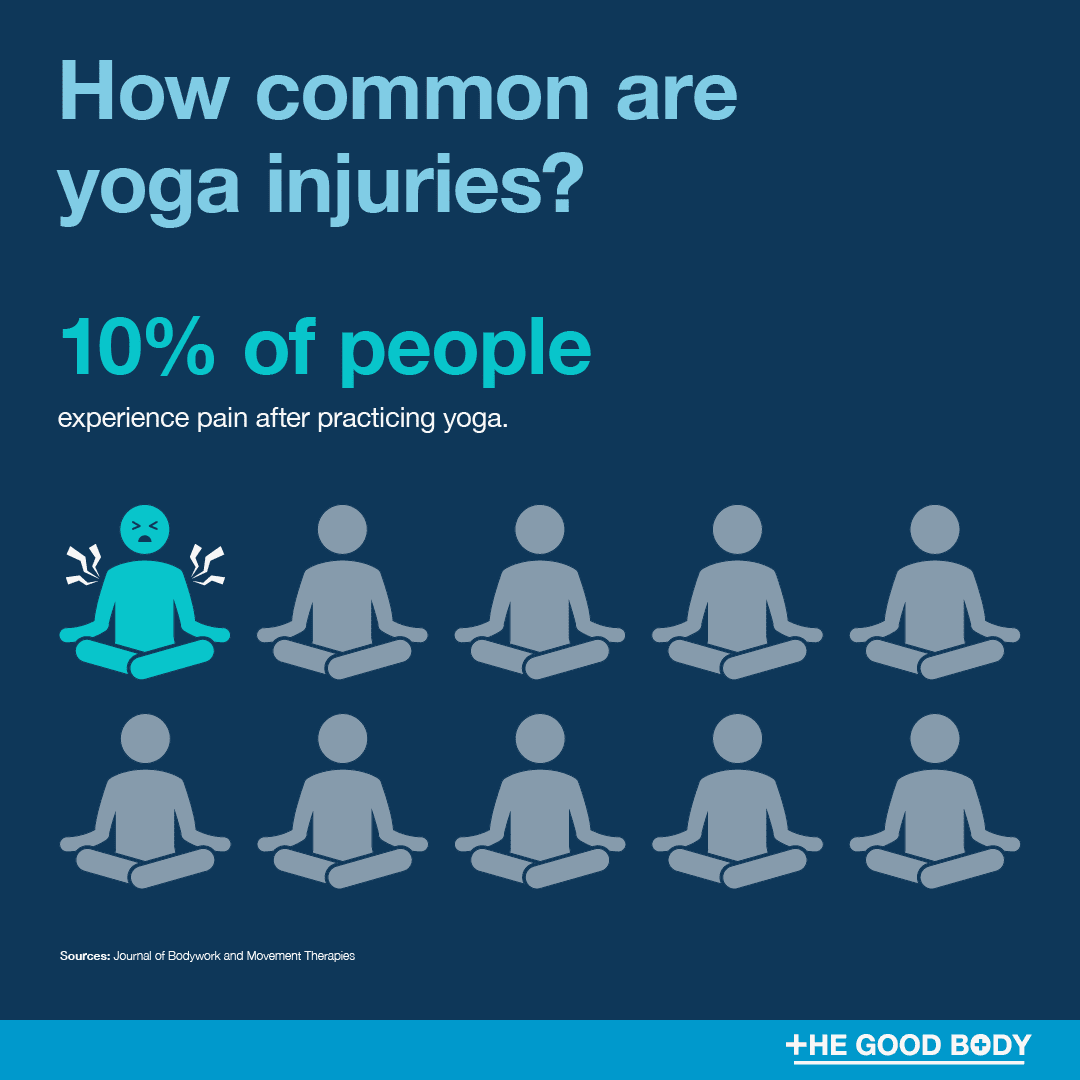 The Faculty of Health Science at Sydney University carried out a study in 2017 which followed 354 respondents with musculoskeletal pain, who had previously taken yoga classes.

21% of participants said yoga made their pain worse, with more than 10% reporting that they felt yoga had caused their pain.

The injury rate for yoga is also steadily increasing.

The ongoing monitoring by the National Electronic Injury Surveillance System, found that in 2001 there were 9.5 injuries per 100,000 participants with the number rising to 17 per 100,000, making it comparable to sports such as weight-training and golf.

The rise is believed to have come from unqualified teachers offering classes to eager beginners.

However compare the number of yoga injuries to another popular sport such as basketball (149 injuries per 100,000) and you’ll see that statistically yoga is much safer.

The majority of yoga injuries are to the hips, knees, ankles or feet.

Our current workout culture, including CrossFit, HIIT (high intensity interval training), and even yoga, can have negative consequences for the low back. In a way it’s ironic since we exercise to be strong and stay fit. However when done incorrectly these activities can cause low back pain and major tissue damage including fractures.

What is the most dangerous yoga pose?

The headstand is thought to be the most dangerous yoga pose.

A study by the Department of Internal and Integrative Medicine in Germany, found that the shoulder stand and variations of the lotus pose also caused a higher number of injuries than other yoga poses. 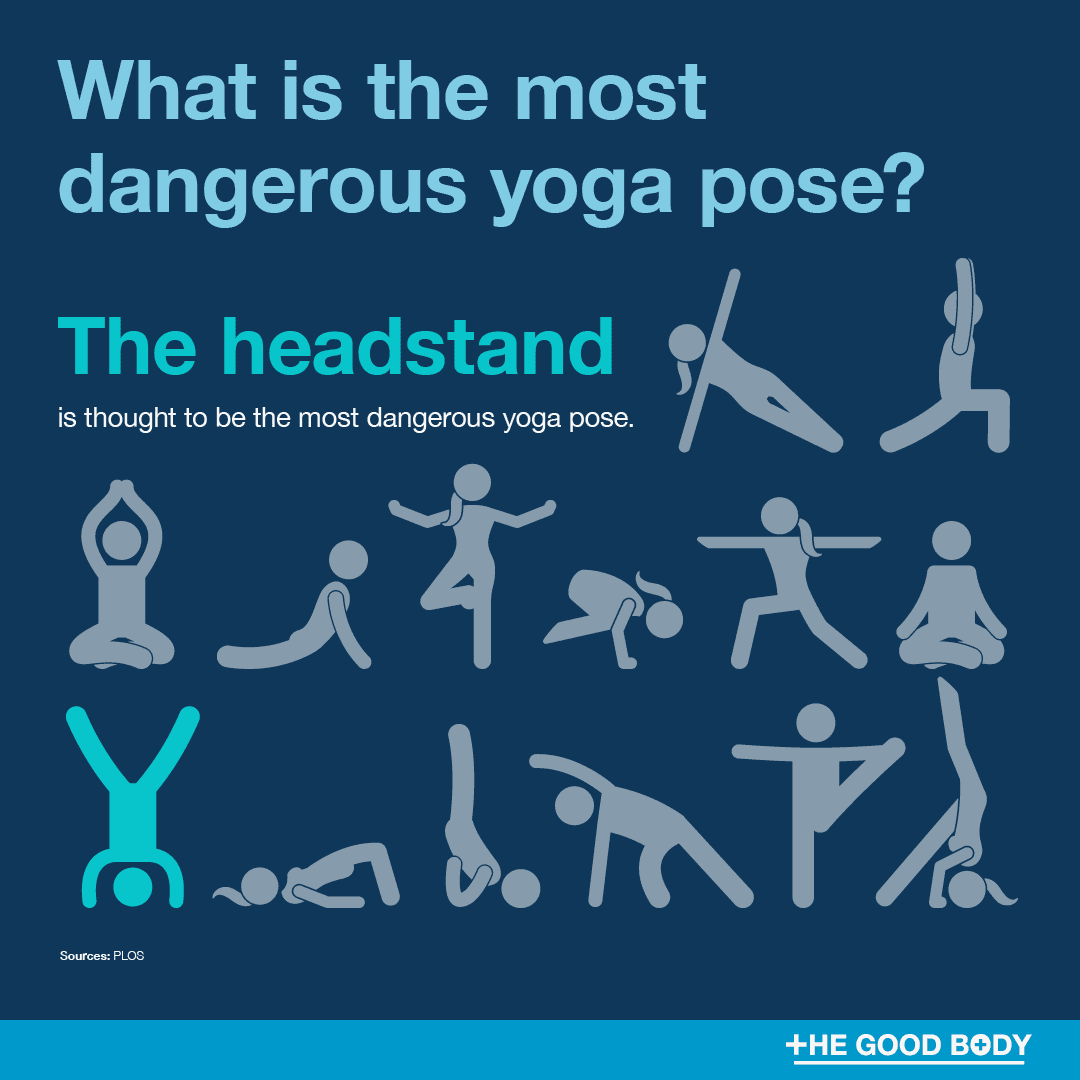 How many people in the world practice yoga?

Worldwide yoga statistics suggest there are 300 million yoga practitioners around the world.

Though yoga originated in India, many countries across the world have now claimed it as their own. 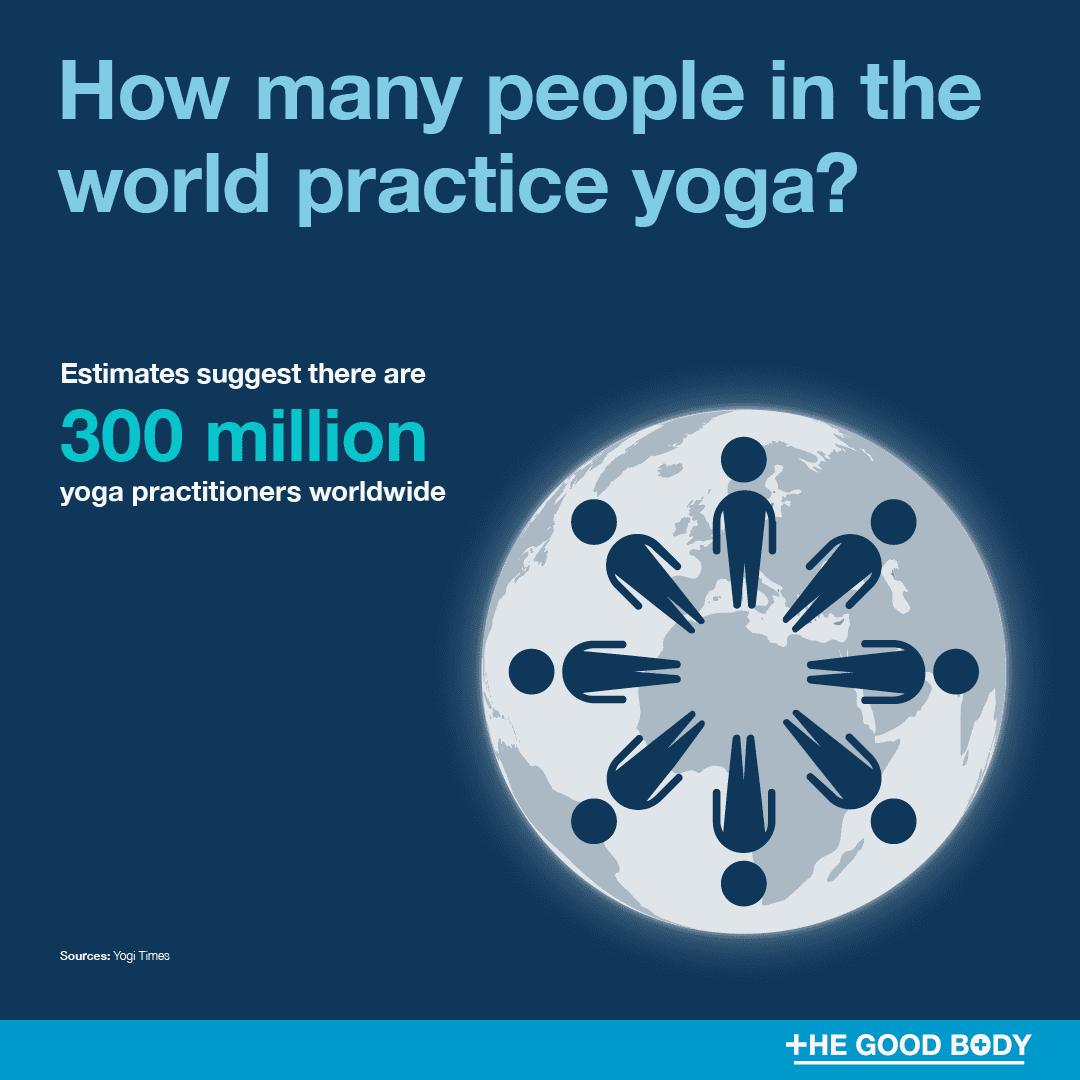 Where in the world is yoga most popular?

Canada is the country where yoga is the most popular.

While it can be difficult to monitor yoga popularity by country, Google Trend data shows which countries Google ‘yoga’ and associated terms the most, which gives a good indication of popularity.

At the time of writing, the top five countries Googling about yoga were: 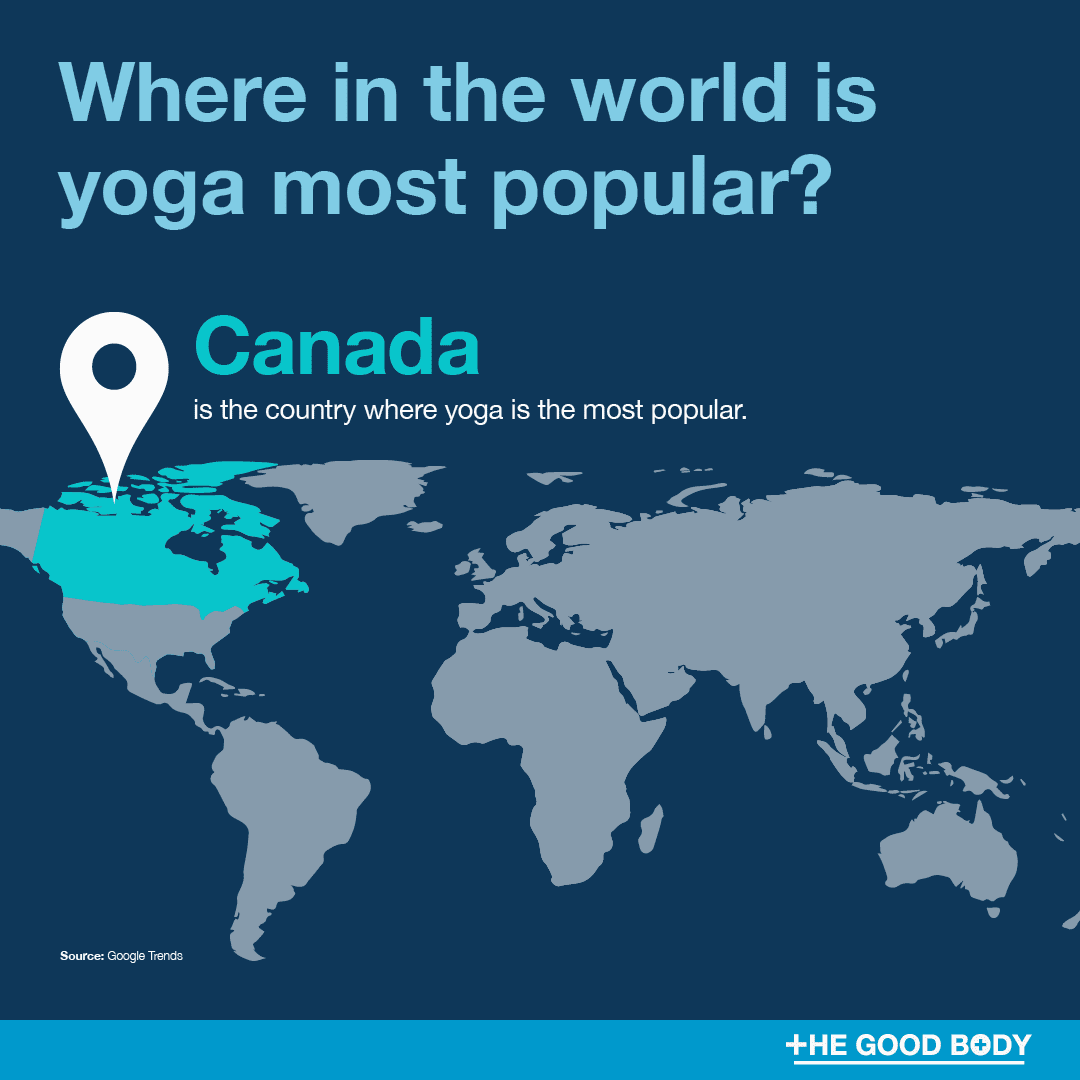 Supporting the Google Trend data is a study by The Frazer Institute, which found yoga was one of the top three most commonly used complementary therapies by the population of Canada over a lifetime:

Now you’ve read a rundown of the latest yoga stats, it’s time to get to grips with the facts! 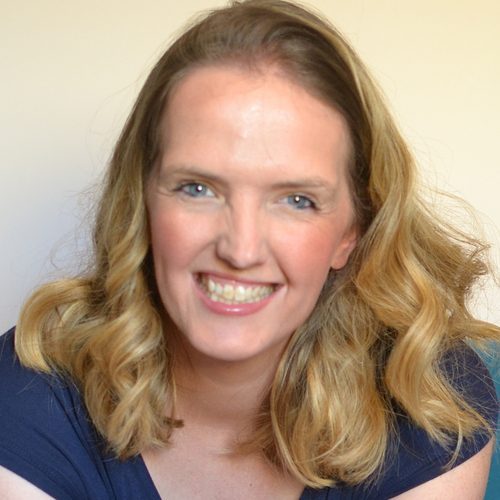 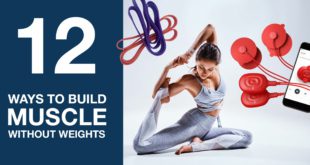 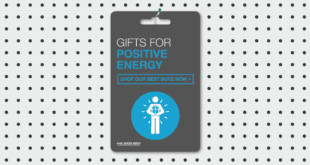 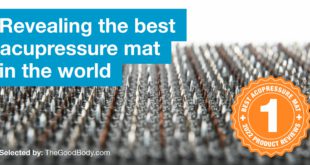