Achieving a great night’s sleep is so important for your overall health and wellbeing, helping to keep your immune system strong.

However, all the evidence points in the same direction — we’re getting less and less sleep.

What we eat and drink can make a difference, not only to how much rest we get, but also to the quality of our sleep.

11 Foods and Drinks for Better Sleep

To help you experience good quality slumber, we’ve created a list of the best foods and drinks to help you sleep:

Almonds are the perfect bedtime snack as they contain lots of sleep-inducing nutrients!

Medical News Today describes how almonds provide high levels of melatonin, the hormone that helps to regulate the sleep/wake cycle.

But that’s not all.

A one ounce serving of whole almonds contains 77 milligrams of magnesium and 76 milligrams of calcium — two essential minerals that aid muscle relaxation, preparing the body to rest.

Almonds aren’t the only nuts you’ll want in your pantry.

Tryptophan is an amino acid that is a precursor for the brain chemical serotonin, which is associated with healthier sleep.

Bananas are great for relaxing overstretched muscles, and are an excellent source of magnesium and potassium.

Like almonds, they contain tryptophan, making bananas a good snack to eat before bed.

Researchers have discovered the numerous health benefits cherries can provide. Including evidence they improve cognitive function and help with recovery from pain after strenuous exercise.

Amazingly, there’s also a link between consumption and improved sleep, for both sweet and tart cherries.

The Journal of Experimental Botany published findings showing cherries are actually the only natural food sources of melatonin — the important chemical that controls the body’s internal clock to regulate sleep.

Kiwifruit contains lots of medicinally useful compounds — including antioxidants and serotonin, both important for the treatment of sleep disorders.

The Sleep Foundation has suggested that eating two kiwis before bed can increase your sleep duration by one hour over the course of a month.

Scientific evidence backs up the statement:

A month-long study conducted by Taipei Medical University, involved 24 volunteers. Each participant consumed two kiwifruits, one hour before bedtime each night for four weeks. They slept for longer and fell asleep quicker.

To be precise, volunteers discovered that they could sleep 13% longer it they ate the fruit, with the amount of time it took to fall asleep decreasing by a whopping 35%.

A review in 2018 unearthed that barley grass powder makes you feel sleepy.

Another great sleep-inducing food to have in your cupboard is honey.

The reason is that glucose found in honey lowers your orexin levels, a neurotransmitter in the brain that makes you more alert.

Honey will suppress feelings of wakefulness and allow you to drift off into a nice sleep.

White rice ranks highly on what is called the ‘glycemic index’.

It’s basically a value assigned to foods based on how quickly or slowly they cause increases in blood glucose levels. Research has shown that foods high on the glycemic index are associated with good quality sleep.

In Japan, a study was commissioned involving 1,848 men and women between 20 and 60 years of age.

Rice, bread and noodle consumption was evaluated using a diet history questionnaire, with sleep quality measured on a Japanese version of the Pittsburgh Sleep Quality Index.

The results showed that high rice consumption was significantly linked to great sleep. Bread intake and noodle consumption were actually associated with poor sleep — so definitely foods to avoid before bed.

In an analysis shared by the Sport Medicine Journal in New Zealand, the nutritional interventions to enhance sleep were explored. It was reported that the best time to eat rice is at least one hour before bedtime if you’re striving for sweet dreams!

The National Sleep Foundation describes how cottage cheese is definitely one you’re going to want in your diet.

It’s high in lean protein and packed with the amino acid tryptophan (remember, this is the one that leads to an increase in serotonin).

Low levels of serotonin can result in insomnia, so we always need to ensure we have enough.

They suggest layering some raspberries, a rich source of melatonin, on top of your cottage cheese for the best results.

Before bed get yourself a plate of salmon, tuna, trout and mackerel — ‘fatty fish’. They contain a significant amount of vitamin D and are high in healthy Omega-3 fatty acids.

The combination of both of these can enhance the quality of sleep, as they have been proven to increase the production of serotonin.

As we know only too well, vitamin deficiencies are one of the root causes of poor sleep.

In one study, published in the Journal of Clinical Sleep Medicine, researchers sought to prove that fatty fish helped with shut-eye.

Participants who ate 300 grams of Atlantic salmon, three times a week for six months, fell asleep faster than those who consumed chicken, beef and pork.

It was concluded that vitamin D played a fundamental role when it came to sleep improvement.

When you suffer from anxiety, it can impact negatively on your sleep. Certain herbal teas have been shown to offer relief from the symptoms.

One that is particularly good for the sleep deprived is chamomile.

In a study at a nursing home, over 28 consecutive days, 60 residents participated in a sleep experiment.

Those who were given a dose of 200 milligrams of chamomile extract twice daily, had much better sleep than those who weren’t given any.

If you want more inspiration about what to add to your tea collection then read about the best teas for sleep, all backed-up by science.

World-renowned sleep and fatigue expert Drew Dawson, states that milk might help you to drift off, but not because of its sleep inducing properties.

While it’s true that milk contains melatonin and tryptophan, the amount present in a glass of milk is pretty low.

Dawson told the Huffington Post, that drinking a warm cup of milk might conjure up memories of our childhood, mother and being at home which may help us to unwind.

In addition, if drinking milk is part of your normal bedtime routine, it might be the familiarity of having a cup that could be key. The brain might recognize this behavior as part of the preparatory process for sleep.

However, don’t drink it too late, you might end up waking in the night with a bursting bladder!

5 Foods and Drinks to Avoid Before Bed

Make sure you give these foods and drinks a wide berth before bed, unless you want to be tossing and turning all night:

Leading health and sleep expert Shawn Stevenson, warns about the link between alcohol and poor sleep.

REM sleep is significantly disrupted by alcohol intake. After drinking alcohol your body struggles to fall into deeper levels of sleep and won’t rejuvenate properly.

Our female readership is going to want to take note of this:

In a study in a sleep lab funded by the National Institute on Alcohol Abuse and Alcoholism, 93 adults in their 20s, both male and female, were closely monitored to see what the effects of alcohol were on their sleep.

On one night, volunteers drank Wild Turkey bourbon or Absolut vodka with caffeine-free Coke. Approximately a week later, they drank a placebo beverage that only had a few drops of alcohol.

The participants were sent to bed for eight hours and as they slept, research technicians monitored their brain waves, eye movements and other sleep markers.

According to lab ratings, men slept just as soundly after drinking alcohol as they did when they were sober.

However, the women slept nearly 20 minutes less and awoke more frequently and for longer periods when they had alcohol in their system.

But did you know you can mute the sleep signals from adenosine with caffeine?

As explained in the New York Times, chocolate contains caffeine but the amount varies depending on the type.

Let’s put it into perspective:

A 1.5 ounce Hershey milk chocolate bar contains 9 milligrams of caffeine, while a dark chocolate Hershey Bar has about 30 milligrams.

Always check the packaging and avoid anything with caffeine close to bedtime. Even decaffeinated tea as it’s not actually 100% caffeine free.

This is a great vegetable but there’s a time and a place for it, and that’s certainly not before bed!

One of LA’s top holistic nutrionists, Elissa Goodman, explains that it contains slow to digest fiber that can actually keep your body working.

This is why you have to be careful when you select the time of day to eat it. Just before bedtime will keep your body moving when it should be relaxing.

Sorry meat lovers, this is one to avoid if you want a good night’s sleep.

It’s been proven that foods high in saturated fat, like the beloved steak, play havoc with deep sleep.

These foods take a long time to digest, have the potential to lead to indigestion and will keep you up at night.

It might be best to stick to the veggie based dishes, lean proteins and fish before bedtime.

It’s true, some of us like it hot, but it’s not necessarily the best choice if you desire adequate sleep.

Spicy food before bedtime can cause indigestion and discomfort which could keep you up all night.

Research has unveiled that capsaicin, a key compound found in spicy foods, has the potential to increase body temperature.

Findings show that to initiate sleep, our core temperature needs to decrease by two to three degrees Fahrenheit, not increase, as it will leave us hot and bothered, and unable to nod off. 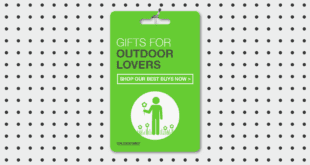 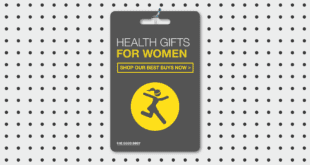 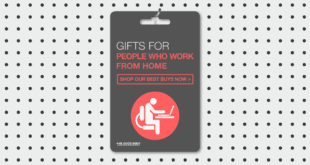 29 Healthy Gifts for People Who Work from Home